On 5 March, 2019 an independence referendum is held on Chuuk, a sparsely populated and far-off paradise-like state in the Pacific. Chuuk belongs to the Federated States of Micronesia (FSM). Why should we pay attention to a referendum somewhere you probably never heard of? It’s because its outcome has potentially disproportionate global geo-strategic importance.

The FSM, an independent republic associated to the US, consists of the states Chuuk, Yap, Pohnpei and Kosrae comprising 607 islands with a land area of 702 km2. It lies 2,900 km north of eastern Australia. The US is responsible for FSM’s defense and has a strategic military presence there. It also provides economic and technical aid. 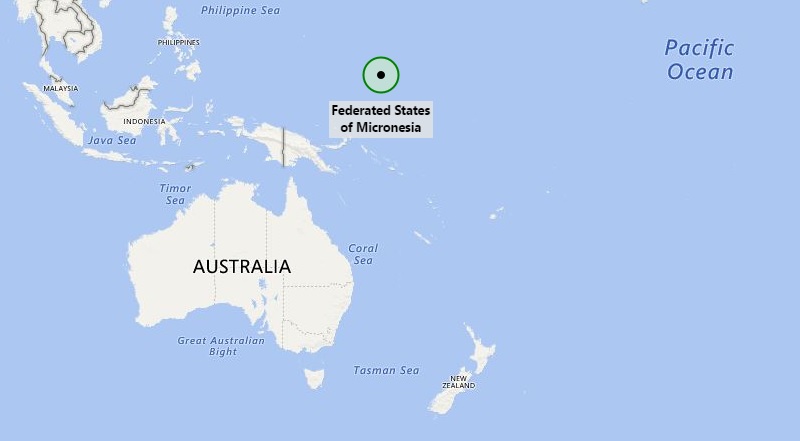 Chuuk, a quarter the size of Curaçao, wants independence from the FSM just like Kosovo (which broke away from Serbia). Whilst 107 of 193 UN members recognize Kosovo, many oppose it claiming that ‘established international law.’ was violated. The opposers, notably powerhouses such as Russia, India and China, don’t dare recognize Kosovo because of problems they have with separatist movements at home. Chuuk’s referendum is spearheaded by those saying that Chuuk receives less resources from the national government than it contributes. Coincidently the same argument Curaçao used to abandon the Netherlands Antilles. The US, staunch ally of Kosovo, opposes Chuuk’s independence because such action is, unlike Kosovo, ‘against international law.’

Countries facing the real possibility of parts of their territories declaring independence: Spain (Catalonia), Russia (Chechnya), Indonesia (Aceh), China (Tibet), India (Kashmir) and others will be closely watching this referendum. Further, we have to consider China’s ambitions in Chuuk and the region. China supports an independent Chuuk and has been presenting itself as a much more attractive model for the people of Chuuk than the US. Washington has reason to fear that China might be willing to provide Chuuk with cash, loans and investments as long as it’s willing to terminate the US military hold on the island clearing the way for more Chinese influence in Chuuk, the FSM and region.

About 45,000 eligible voters will decide Chuuk’s future in less than 3 months. Chuuk’s independence could set off a chain reaction of events that could undermine the US military position in the South Pacific to the benefit of China and Russia. It could also influence the many separatist movements around the globe seeking greater autonomy or self-determination.