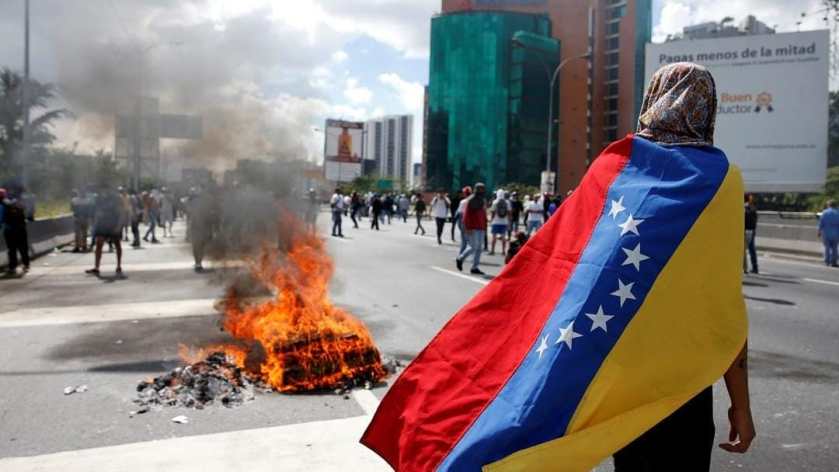 What’s going to happen now that Venezuela has two men claiming the presidency is anyone’s guess. These situations almost never happen. In fact, we need to travel halfway around the world to Madagascar to find a recent case. In 2002 Mr. Ravalomanana declared himself president after refusing to accept the election results which he claimed President Ratsikara rigged. Violence broke out taking this African island nation to the brink of civil war. After months of bloody battle between the groups supporting both presidents, the US became the first to recognize Mr. Ravalomanana as the legitimate president. After a negotiated settlement Mr. Ratsikara went to live in France.

The Venezuelan case is however more complex. Unlike Venezuela Madagascar never played a significant geopolitical role. The Russian and Chinese empires have eagerly befriended Venezuela to challenge the dominance of Europe and the US in the Western Hemisphere. It’s not about ideology however. Russia and China have economic and strategic stakes are high there (about US$ 46 billion and oil reserves) and won’t quit President Maduro, at least not until the other President, Mr. Guaidó, guarantees their investments have not been in vain. The US is not happy with China and Russia messing around in its backyard, yet I doubt it will risk military action which will have to be accompanied by a prolonged stay in Venezuela to “restore democracy”.

Mr. Maduro is a dictator, in power through a fraudulent election. That’s a fact. Also true is that an outside regime change could lead to civil war. Curaçao should be concerned. If Venezuela explodes, the neighbors will be forced to pick up the pieces. Hopefully we will transmit that message to The Hague. Now is not time to either endorse or denounce Mr. Guaidó The Kingdom of The Netherlands should support a negotiated settlement led by Venezuelans, sustained by a serious multilateral platform, including China and Russia, to remove Mr. Maduro from power and allow free election. We must tread carefully. The return of democracy will be an arduous process that could take more than a generation. There is no magic wand.